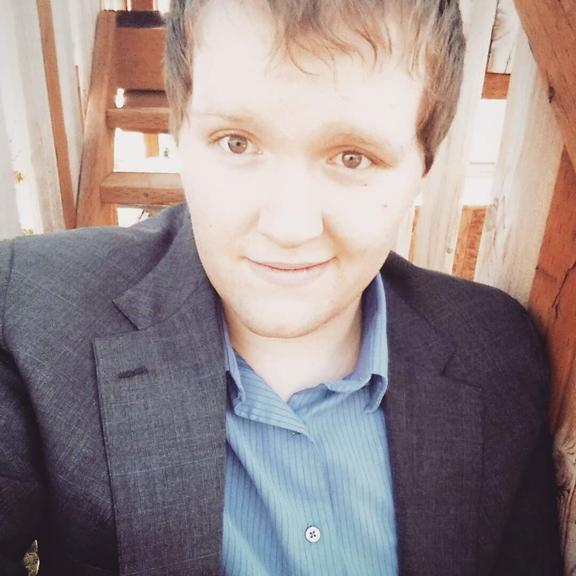 Blackfoot senior credits teacher for his success in journalism

As a senior working for Blackfoot High School’s three student publications, Wood has written more than 110 stories, designed yearbook and newspaper pages, and earned journalism awards at the state and national level. Wood also worked two years as the Editor-in-Chief of Blackfoot High’s newspaper, The BroncWriter, and started the literary magazine, The Stampede.

The payoff? The Idaho Student Journalism Association recently named Wood its Idaho Journalist of the Year for 2015.

“I’m so proud to have such a deserving candidate represent the state of Idaho for scholastic journalism,” JEA (Journalism Education Association) State Director Michelle Harmon said.

Wood spent the last four years learning what he called the “journalism lifestyle” under the instruction of adviser Teresa Gallegos. Wood has taken 16 classes from and traveled to two JEA/NSPA National High School Journalism Conventions with Gallegos.

Erick demonstrates clear and solid strengths in his reporting.”

“I wouldn’t be where I am today without her,” said Wood, who plans to attend Utah State University in the fall.

Wood’s duties have included much more than writing stories and putting them on a page.

After attending the National High School Journalism Convention in the spring of 2013, Wood initiated a redesign of The BroncWriter from a tabloid to a broadsheet and developed the first-ever Blackfoot High School Writer’s Workshop. He has also worked on the business end, selling advertisements and subscriptions, to help provide a healthy publishing budget for Blackfoot’s program.

Beside his contributions to the school’s publications, Wood currently works for the Blackfoot Morning News and has had stories appear in the Idaho State Journal.

“Erick demonstrates clear and solid strengths in his reporting,” said Megan Fromm, who is an assistant professor of Communication at Boise State University and judged applications for the award. “Overall, he is curious, and that is a trait that just cannot be taught.”

Wood said he has benefited in several ways from the strong student journalism program at Blackfoot High School.

“I made more friends and learned about my school in ways that I couldn’t have if I wasn’t in journalism,” Wood said. “I really got the chance to understand people. A key to being a good writer is understanding how people act and speak, and journalism has helped me with that.”