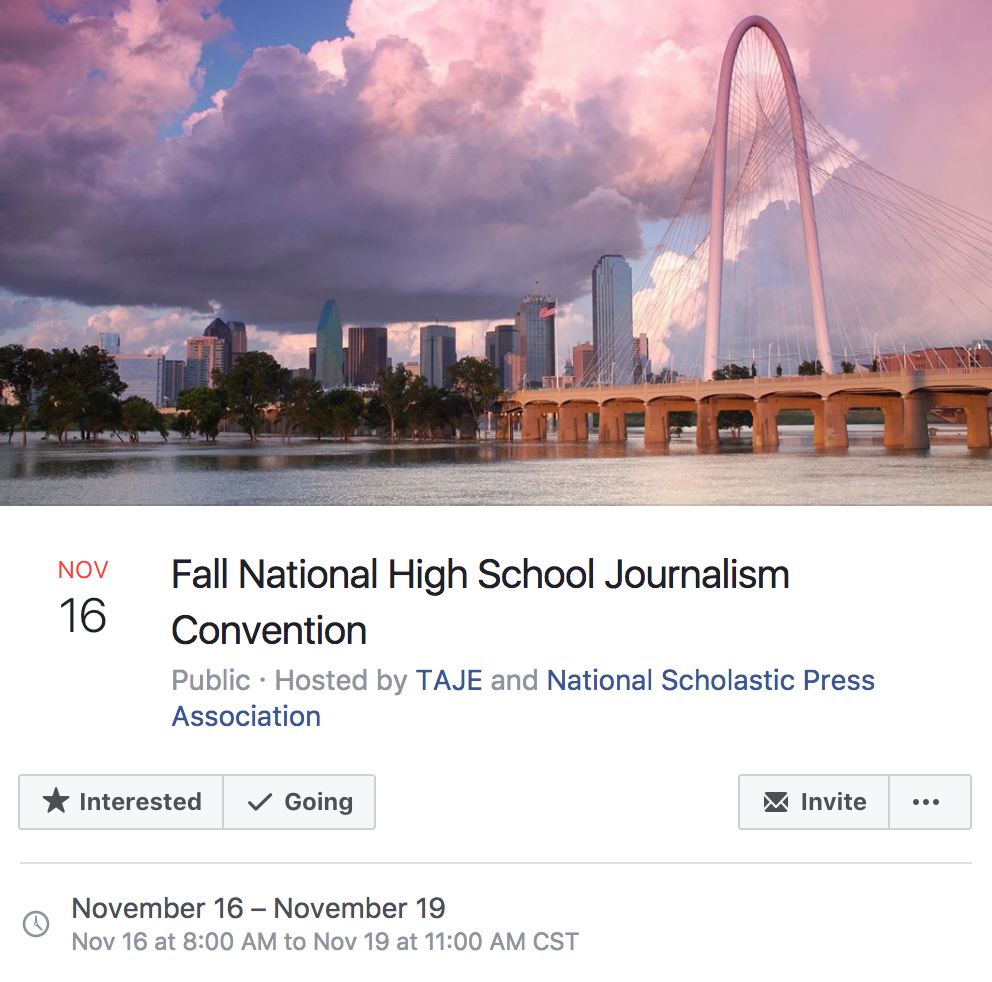 The annual fall convention will be held at the Hyatt Regency Dallas from Nov. 16-19. The semi-annual convention typically has more than 4,000 delegates, making it the largest gathering of student journalists in the country.

The convention includes hundreds of sessions and contests that help strengthen journalism skills for both students and advisers.

The JEA and NSPA also host a convention in the spring, which will take place in San Francisco from April 12-15.