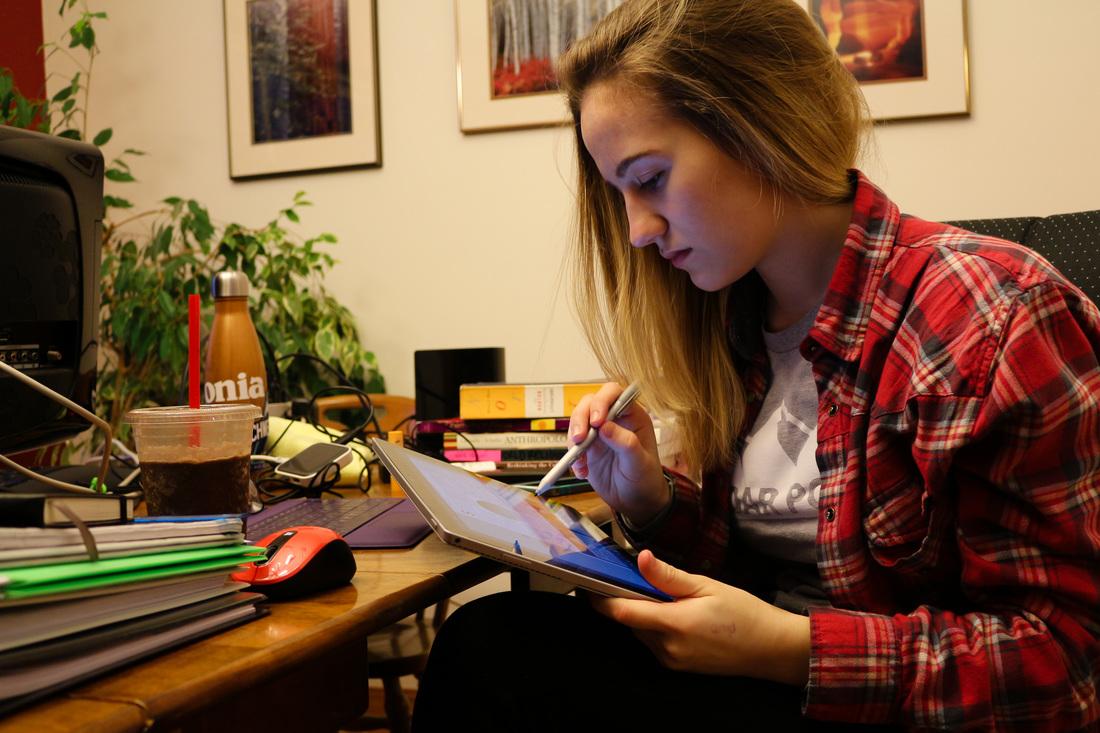 Sarah Wells has served as an editor the last two years for the Cedar Post, a student-run newspaper at Sandpoint High School. (Courtesy Photo)

Sarah Wells has served as an editor the last two years for the Cedar Post, a student-run newspaper at Sandpoint High School.

The Idaho Student Journalism Association is pleased to name Sarah Wells of Sandpoint High School’s Cedar Post as its student journalist of the year.

The senior is in her second year on the staff of the student-run newspaper where she serves as the photo editor. It was her photography, along with her many other media skills, that gave Wells the edge in a very close competition.

While her job title identifies her as a photojournalist, Wells’ portfolio shows a well-rounded student journalist that includes impressive examples of writing and design. She has also served as the Cedar Post’s business manager and news editor.

“Having written, photographed, designed, interviewed, edited, and competed at many levels with the Cedar Post online and in print has provided me with an amazing scope of experiences that have greatly influenced my future,” Wells wrote in her application essay.

Wells’ resume includes works of journalism beyond her responsibilities for the Cedar Post. Her work has appeared in the Bonner County Daily Bee, The Idaho Press-Tribune and the ISJA’s website. She has also designed and edited two publications for Sandpoint High’s administration.

“Sarah is a talented storyteller with a command of many qualities required of today’s journalists,” said Cedar Post adviser William Love. “She’s played an integral role to the quality and success of the Cedar Post as a newspaper and an online media outlet.”

The runner-up in the contest is Madison Shumway of Highland High School in Pocatello. She is the Editor-in-Chief of The Rampage.

“Her grit and determination is applauded, especially coming from a high school whose journalism options have been trimmed to the bare minimum,” Harmon said.

Shumway’s adviser, Debbie Greco, said, “Madison Shumway is an exemplary young woman who is self-motivated and internally driven to make a difference in the world. With no journalism class offered first trimester this year, Madison worked with one assistant and her advisor to keep an online twitter and newspaper running without a staff for support until second trimester. Madison focuses her reporting on issues of substance and social concern. She takes seriously the idea that solid journalism can help change the world.”
The ISJA is dedicated to promoting, supporting and enhancing student journalists and their teachers and advisers throughout the Gem State.