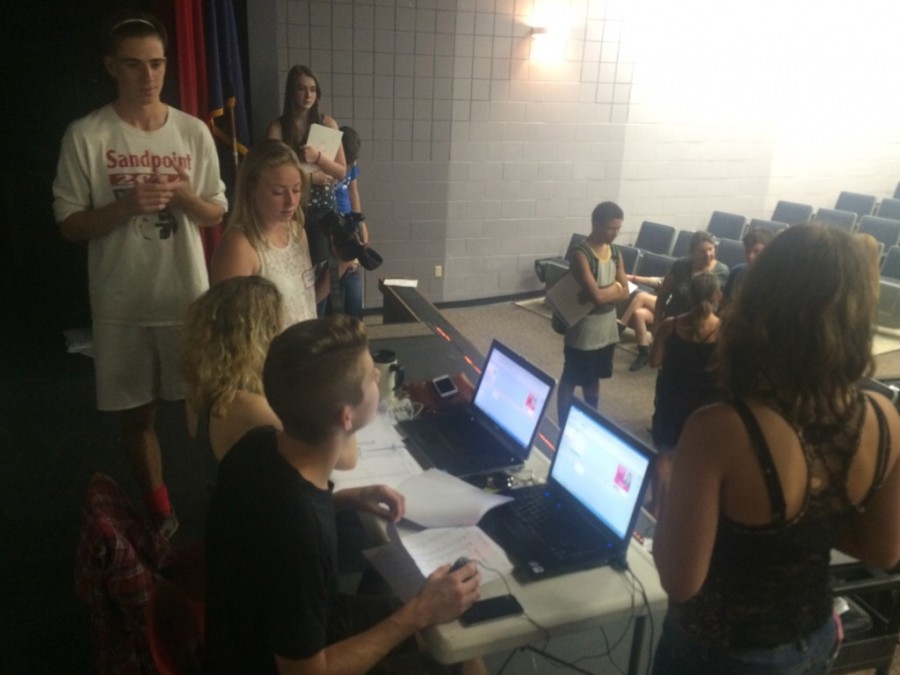 Members of the Cedar Post produce student ID cards during a new-student orientation night at Sandpoint High School. This is the third year the staff has done this fundraiser.

Like most high school programs, student publications are always looking for ways to raise money. The publication I advise is no different.

Over the years, I have found a couple of ways to fundraise that ties into the publication skills students are developing. The nice thing about these fundraisers is that students don’t have to sell anything. (Although we still do that by selling muffins for about a month before we travel to the National High School Journalism Conference.)

The first fundraiser was suggested by a former editor-in-chief who also worked in the office as an aide. At our school, the production of student IDs falls on the bookkeeper. Our bookkeeper is amazing, but making photos and printing nearly 1,000 cards is very time consuming and something she couldn’t handle with all her other duties.

The former EIC proposed to the bookkeeper and school administration that the student newspaper staff handle all the production of the ID cards before the school the school year starts. So for the last three years, the ID card equipment has been stationed in my room starting two weeks before school starts.

The timing works great because the staff traditionally does a first-day (sometimes first-week) issue and is at the school during those two weeks to produce the paper. Now they make ID cards as they work on their first issue of the year. The students also make cards during a fall athlete sign-up day and a new-student orientation.

A secondary benefit to this fundraiser is that most of the students at the school stop by my room. With the Mac lab and decorations like a huge stuffed bear and a cutout of Captain Jack Sparrow to greet them, getting students in my room can be a great recruiting tool.

The other fundraiser the staff does is produce an 8-page tabloid publication for students new to the high school. “The Sapling” is produced for the administration and handed out at the new-student orientation and then given to students who transfer to the high school throughout the school year. 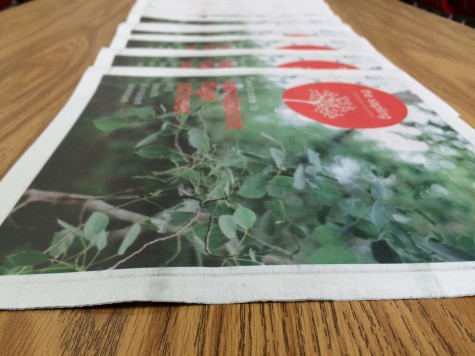 Staff of the Cedar Post -Sandpoint High School – produce a new-student tabloid as a fundraiser. The publication is handed out during a new-student orientation held before school starts.

Because of the nature of the publication, the administration has final say on its content. But all of the content is produced by the newspaper staff and is presented in a way that is much more student friendly than say a student handbook. Like they do with the newspaper, the students do a great job and the latest edition includes contributions from students on the last three staffs. So there is a cool legacy aspect to “The Sapling.”

For both the IDs and the new-student guide, the administration pays the newspaper for the work. The money is put into a travel fund that is used to help cover expenses for regional and national conventions. As you look into future fundraising efforts, you might consider approaching your administration about these two activities. If you have any “non-traditional” fundraising activities, please share them in the comments.